Thank you for coming to the show! Enjoy our digital crowgram. 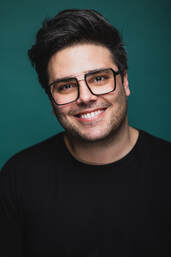 Adam Francis Proulx (creator/performer) is a theatre creator and puppeteer. He has worked on stage and screen across North America and is always thrilled to bring his work home to Toronto.

Adam’s solo show BAKER’S DOZEN: 12 Angry Puppets has played across North America winning a variety of awards such as Best Solo Show (Montreal), Best Puppetry (NOW Magazine, Toronto), and Best Physical Theatre, Variety, or Specialty Show (Orlando). It has been taped for television by Bell Media as well. He also has a family musical Adam’s Unplugged Puppet Party, and a virtual theatrical show called How to Hug a Porcupine which has been winning film festival awards by accident.

Also an accomplished puppet builder, Adam has designed and built puppets for companies like Young People's Theatre, WhyNot Theatre, Neptune Theatre Halifax, Rogers TV, CBC, and Nickelodeon.
​
Adam spent three seasons as the Assistant Artistic Director of the Victoria Playhouse Petrolia. He holds an honours degree from the University of Waterloo in Theatre and in Arts and Business. Recently Adam was a Creative in Residence with Ontario Culture Days, and is currently an Artist in Residence with Tarragon Theatre. Currently he can be seen on Lido TV on CBC Gem (official selection, TIFF), as well as The Fabulous Show with Fay & Fluffy on Family Jr.
​
AdamFrancisProulx.com

Byron Laviolette (director) is a director with over twenty years experience working in the arts, the agency, the academy and the arcade.

Theatrically, he is the director and dramaturg for the Morro and Jasp clown series with U.N.I.T. Productions. Morro and Jasp have received numerous awards including a 2014 Canadian Comedy Award, a 2012 Dora Mavor Moore Awards as well as over 12 NOW Magazine Awards including Outstanding New Play, Outstanding Production and Outstanding Ensemble. He also works with the Summerworks Festival’s Audience Choice Winner Pearle Harbour.

He was also the Creative Director of The Mission Business, the Digi award-winning experience design agency whose clients included Microsoft, Autodesk, Starbucks, CBC, MetroLinx and NASA. He has designed courseware and games with a number of organizations including OntarioLearn and Ubisoft.
​
Byron holds a PhD in Interactive Theatre and Pervasive Transmedia Fiction from the Theatre and Performance Studies Department at York University and his criticism/art journalism has appeared in Scene Changes, EYE Weekly, AdBusters and IN Toronto magazine. He also directs audio books, including with Penguin Random House including works by Richard Wagamese, Michael Crummy, Thomas King and Ziya Tong. 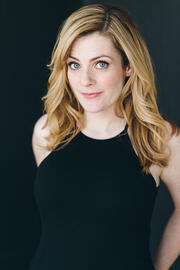 Kathleen Black (set design, Toronto) is a Dora nominated designer and the recipient of the Television Bureau of Canada’s Bessie award for best performance in a commercial and is a four time recipient of
Harthouse Theatre’s audience choice award for costume design. 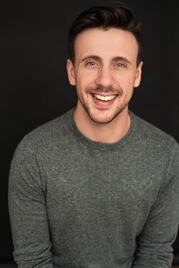 Alex dedicates this and all of this work that he’s privileged enough to do, to his wife Alessia, his daughter Poppy, and his son Jack.
​Jessica Smith - Costume Design
​Kurt Firla - Graphic Design
Dahlia Katz - Production Photography

Special Thanks To:
The Puppetsmithery, Australia
Ontario Arts Council
Puppetmongers Theatre
Marquee Theatrical Productions, Newmarket
Buddies in Bad Times Theatre
Celeste Percy-Beauregard
Sarah Richardson
​Jory Rossiter
All those who contributed to the CROWdfunding Campaign
Sue Barber, who introduced Adam to the art of the murder mystery.
Brien Proulx, who talks to the crows in his backyard

---
​
We acknowledge the original caretakers and storytellers of the land on which we are situated – the Wendat, the Haudenosaunee, and the Anishanabek First Nations, including the Mississaugas of the Credit. 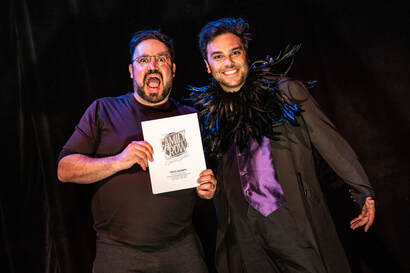 Byron: This one was tricky.

Adam decided he wanted to make a comedic murder mystery. Fair enough. But it's a delicate balancing act. On the one hand, they have to be funny of course. But they also need to be tense, driven and dark. And sure, I hear you saying, it's doable. There have been a lot of those lately (Kenneth Branagh chewing the scenery in the recent Agatha Christie's movies for example), but they’re hard. One step too deep into either world and its game over.

And, in these stories, comedic or otherwise, there are usually a host of characters to meet, allowing for multiple accusations, misdirections, and theories. That’s the fun of them. But there’s only one puppet in this show. And only one actor. Thankfully, Adam is great, and manages to breathe life into an entire family who have just suffered the loss of one of their own. And he’s pretty good with the puppet too.

Ok, so there you have it, right? Well, the show also has to tour… and be set up and torn down in something like 10 minutes each… so staging has to be… simple. We decided to lean on lights, (and in a lot of ways sound) to create the various locations and atmospheres that are required. I think what we came up with does that. At least I hope it does.

I’m happy with what we made - a tale of mystery and murder filled to the brim with puns and preposterous accents. There are moments of real connection here, surprisingly so, and an ending that I didn’t see coming when I first read the script. That’s all I will say about that.
​
So sit back, and enjoy your hour with one of the best puppeteers I’ve ever seen. Trust me, he has a real ‘crommand’ over his craft. 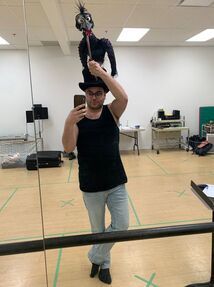 ​Adam: I wrote this show in a cafe in Orlando in January of 2018. I didn't read it again for about nine months, by which time I had forgotten everything I wrote. When I read it again, I thought it was actually pretty good. But I really wasn't sure I could produce it! Most of my work has a moral or a social conscience. Well... cut to two years into a global pandemic and a ridiculous bird-infested pun-fest is just what we needed.

Heady art stuff: when I work with puppets, I’m always trying to make sure I know the answer to the question “why puppets?” What can puppets do that I couldn’t just do by myself. And I’m always trying to think of different ways of using puppets in theatre. In this style of show, I think the trope would be to have the puppeteer be the narrator and the characters within the story be puppets. Indeed in my show BAKER’S DOZEN, the puppet plays a dozen characters. This show is a bit of an attempt to subvert that. Here, the puppet is the storyteller, and it is the puppeteer who plays all the other characters…. essentially, the human becomes the puppet.

Even a tiny show like this takes an extraordinary amount of resources and people to accomplish. More people than I could thank here. But... I am eternally grateful for the help of Jhess Knight and The Puppetsmithery for helping me to develop the crow puppet. For Alex Baerg for bringing his musical skills to the table. For Jessica Smith for adding stretchy and breathable fabric to my costume after two years of pandemic delays. And as always, for Byron Laviolette for helping tether me to the ground, and find the gold in them thar hills. One of my favourite things about what I do, is I get to hire my wildly talented friends to make magic. Because there truly is no business.............. like crow business.
​
Enjoy the show!!!

​​We are so grateful for our supporters:
And all those who contributed to the CROWdfunding campaign.
Proudly powered by Weebly